All you need to know about BS-6 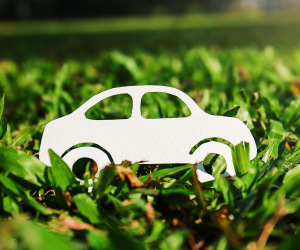 All you need to know about BS-6

BS (Bharat Stage) emission standard is the standard that is prescribed by the Indian government for the automobile manufacturers to adhere to. As per this standard, the exhaust of the vehicle can only emit certain harmful gases to a limit, in order to keep the damage done to the environment as low as possible. The list of the gases that are monitored vary with each stage of the standard and sometimes even include the amount of Oxygen from the exhaust. Currently, the BS in practice is BS-4 and its successor BS-6 is to be applicable from April 1, 2020. Beyond this final date, vehicles that are built with BS-4 compatibility will no longer be able to register. The upcoming BS-6 is substantially better than its predecessor since the BS-5 is being skipped altogether.

A vital difference between BS-6 and BS-4 is that BS-6 contains five times fewer sulphur traces, which means that less amount of sulphur dioxide (SO2) which is a major pollutant. Sulphur Dioxide is not only harmful to the environment but can also mix with other substances and form sulphuric or sulfurous acid which themselves are a hazard alone. Another gas whose emission is to be reduced in BS-6 is NOx. One incredible thing about BS-6 is that they bring OBD (onboard diagnostics) into the picture. The OBD unit can identify likely areas of malfunction by means of default codes stored in system. There are provisions for diesel vehicles as well to ensure a better way to combat pollution in addition to the general norms. Apart from this fuel injection system in two wheelers will also be introduced by manufacturers.

BS-6 ready engines do not achieve all of this on their own. They need BS-6 grade fuel to function in the way they are intended to and to keep the emissions to the minimal.

This is a custom sub-title.